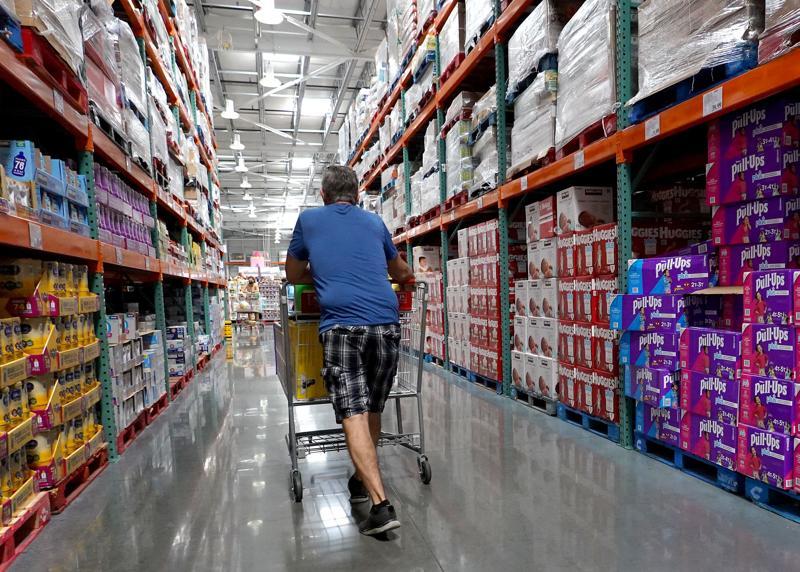 Just as the holiday shopping season gets into full swing, families are finding less slack in their budgets than before.

As of October, 60% of Americans were living paycheck to paycheck, according to a recent LendingClub report. A year ago, the number of adults who felt stretched too thin was closer to 56%.

As consumer spending rises, Costco remains the discount retailer to own
Paulina Likos
21 hours ago

“More consumers who have historically managed their budgets comfortably are feeling the financial strain, which will impact their spending behavior as we head into the holiday shopping season,” said Anuj Nayar, LendingClub’s financial health officer.

More from Personal Finance:
Consumers are cutting back on gift buying
Free returns may soon be a thing of the past
Affluent shoppers embrace secondhand shopping

Not only are day-to-day expenses higher, but inflation has also caused real wages to decline.

Real average hourly earnings are down 3% from a year earlier, according to the latest reading from the U.S. Bureau of Labor Statistics.

A separate report by Salary Finance found that two-thirds of working adults said they are worse off financially than they were a year ago.

Already, credit card balances are surging, up 15% in the most recent quarter, the largest annual jump in more than 20 years.

People are trying to economize and make the most of what they have.
Cecilia Seiden
vice president of TransUnion’s retail business

Roughly half of shoppers said they will buy fewer things due to higher prices, and more than one-third said they will rely on coupons or other money-saving strategies, according to a separate survey by RetailMeNot.

And 25% of shoppers said they would opt for cheaper versions or more practical gifts, such as gas cards, according to another holiday survey by TransUnion.

“People are trying to economize and make the most of what they have,” said Cecilia Seiden, vice president of TransUnion’s retail business.

Holiday spending could come at a high cost if it means tacking on additional credit card debt just as the Federal Reserve raises interest rates to slow inflation, according to Ted Rossman, a senior industry analyst at CreditCards.com.

“Credit card debt is easy to get into and hard to get out of,” he said. “High inflation and rising interest rates are making it even harder to break free.”

Credit card rates are now up to 19%, on average — an all-time high — and those rates will continue to rise since the central bank has indicated even more increases are coming until inflation shows clear signs of a pullback.

“This makes it more likely for credit card companies to increase their interest rates and makes the money you owe more expensive over time,” added Natalia Brown, chief client operations officer at National Debt Relief.The rise in inflation and interest rates means consumers need to be particularly mindful, she said.